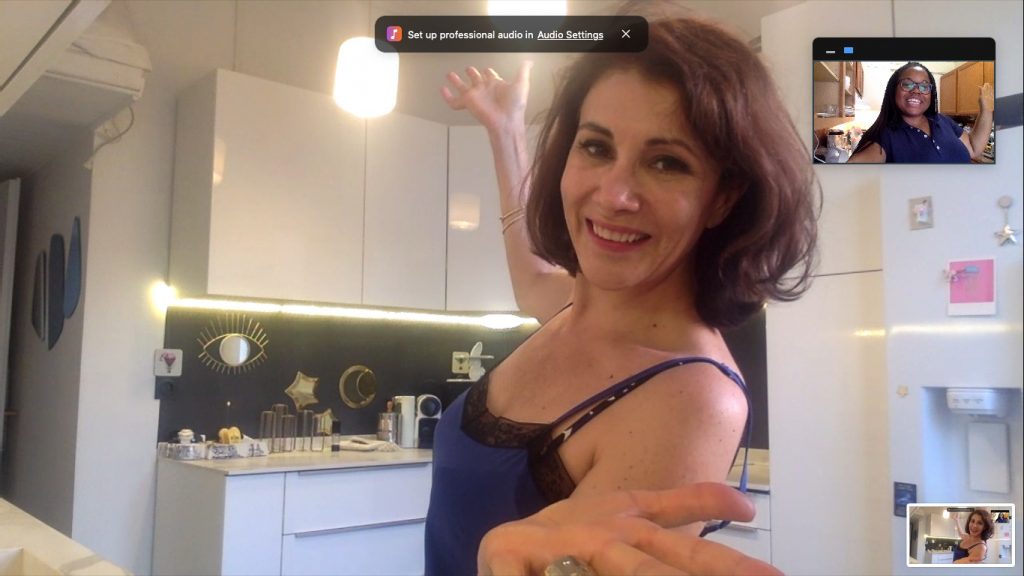 After realizing that a coffee table book wasn’t going to cure my wanderlust for Nice, I packed my virtual suitcase and booked “Prepare a feast with French macaron.” The Airbnb Online Experience started promptly at 1:30 PM Eastern Time (7:30 PM in Nice). My personable host Emma Lloret greeted me with a welcoming bonjour, and we conversed a bit in French before switching to English for the baking lesson. Teaching French is one of her many talents, and she was elated that I could parler un peu.

Emma guided me through every step of the macaron-making process from preheating the oven to cooling the shells. A history lesson was also included during the macaronage. Catherine di Medici, wife of King Henri II, is accredited with the macaron’s migration from Italy to France. Back then, they didn’t look like the ones from Ladurée or Pierre Hermé. Emma’s finished product looked pristine, but some of my shells resembled snails. Squeezing the batter out of the ziploc bag onto the baking sheet was more challenging than I’d imagined. During the lesson, I rediscovered the intricacies of my overly-powerful oven. Americans would say practice makes perfect, but the French know personne n’est parfait.

Don’t they look too good to pass up. 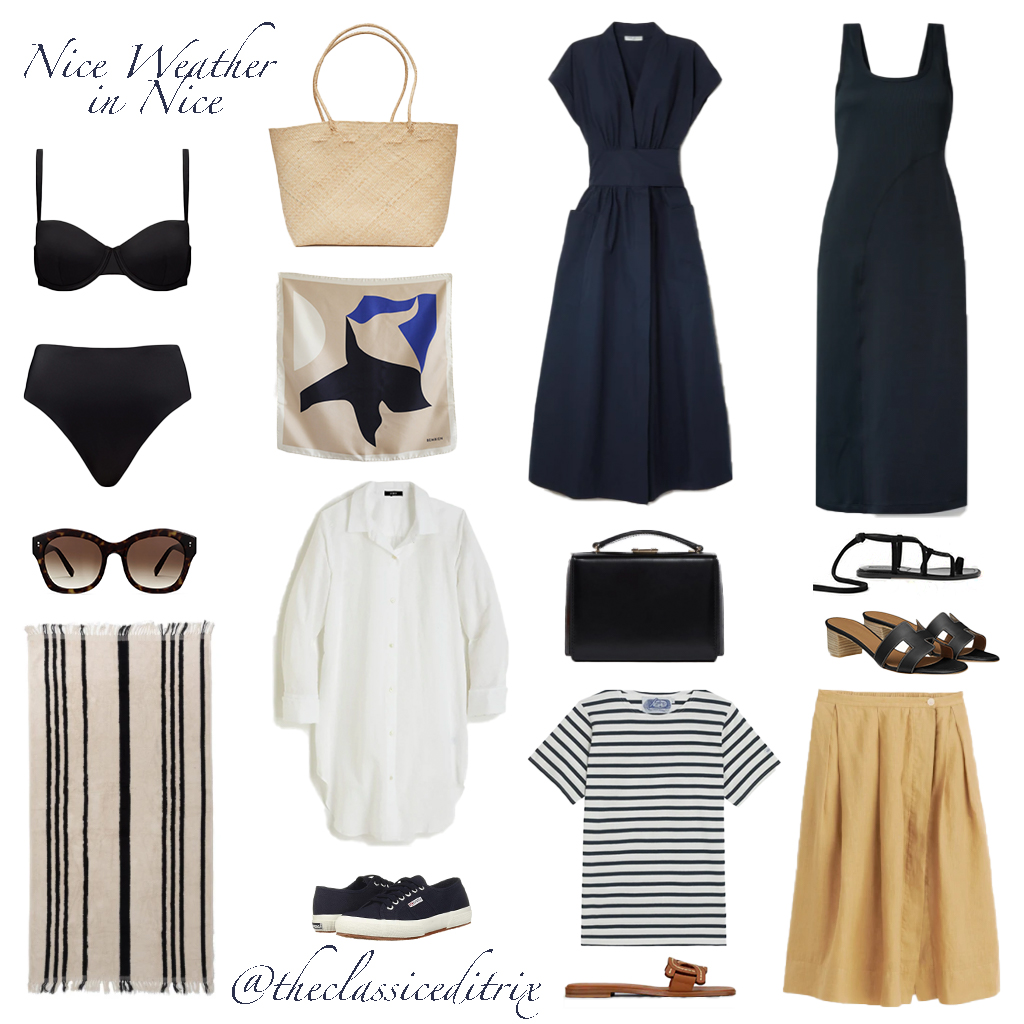 My mind has been on the Côte d’Azur lately, so I signed up for an Airbnb Online Experience based in Nice. “Prepare a feast with French macaron” is hosted by Emma Lloret, founder of the brand Delicious by Emma. In addition to teaching cooking classes online, the entrepreneur runs a bed and breakfast, teaches French, and welcomes travelers around her table for breakfast and brunch. I intend to inquire after this studio or one bedroom whenever my travels bring me to Nice.

My preliminary research led me to Emma’s Airbnb guidebooks (one, two, three, four, five). The restaurants I’ve included in this roundup are based on her recommendations. Come along with me as I bookmark online resources and pack my virtual suitcase for Nice. 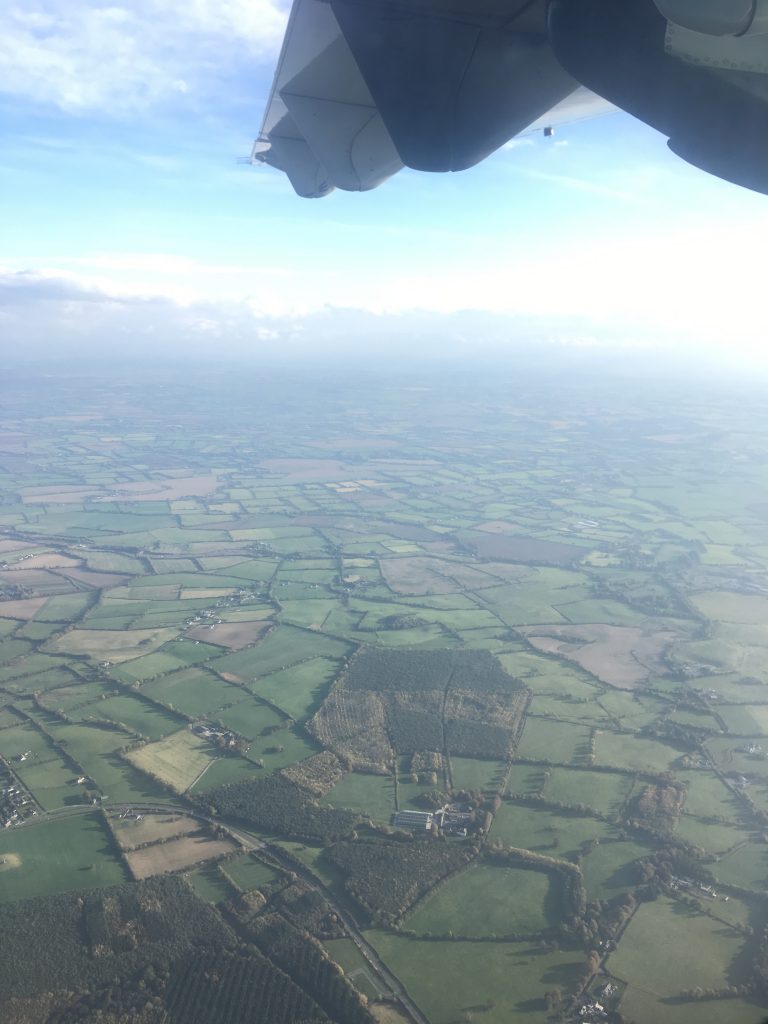 In addition to my family, friends, and writing this blog, Airbnb Online Experiences have kept my spirits up during Covid time. The experiences went live in April 2020, and I discovered them this past August. Over the last four months, I’ve traveled to Lisbon, Palombara Sabina, and Paris via Zoom. (For a comprehensive list of previous posts, refer to the archive.) With the first leg of my world tour complete, I intend to take a break from Airbnb activities until the new year. However, I’ve curated a list of experiences to look forward to. My 2021 virtual trip around the world will probably look something like this: 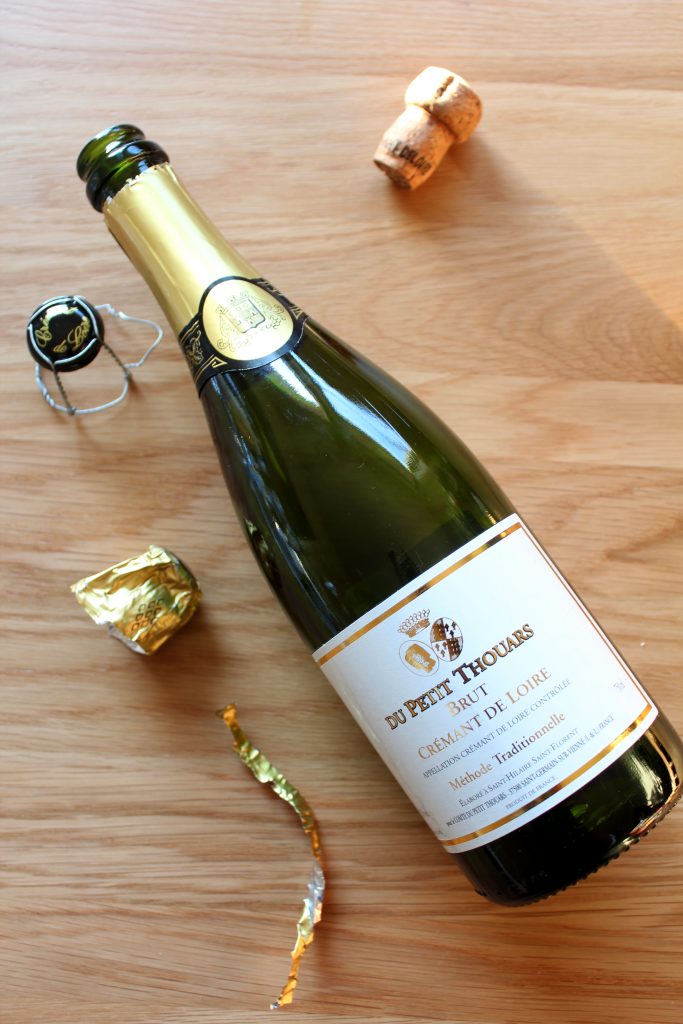 Expanding my skillset as a sommelier seemed daunting up until recently. It isn’t possible to read the label on every bottle at Wine & Spirits, so I always ask an expert to recommend a specific wine based on the purpose it will be serving. This particular bottle of Chateau du Petit Thouars Crémant de Loire was originally intended for a picnic this past summer, but I brought it to “Taste French Wines with a Parisian Somm” instead.

Each participant had an opportunity to share his/her wine of choice during the virtual presentation, and we traveled to the Loire Valley via my Crémant. Our guide, Thierry Givone, led us through a number of wine regions (such as Côtes du Rhône, Bordeaux, and Bourgogne) but I was most content in the land of the châteaux. “Anyone can be a sommelier,” the expert insisted. It was Thierry’s passion for wine that led him to establish Wine Tasting in Paris in 2014. The company introduces tourists to the complexities of French wine through classes and tours. The Bourgogne native explained that wine is tied to food, land, tradition, and culture. At a time when indoor dining has been banned for the second time in Philadelphia, his words were particularly encouraging.

There’s a story waiting to be discovered in every bottle of wine, and you don’t need official qualifications to uncork one. I started to research my Crémant in the most logical way: typing the words that appear on its label into Google. Here’s what I’ve uncovered about the Château du Petit Thouars so far. It’s located in a small village by the name of La Chaussée in the commune of Saint-Germain-sur-Vienne. According to Google Maps, it’s a three-hour drive southwest of the Arc de Triomphe. The establishment is currently open for tastings Monday though Saturday and will even take you in as a house guest if you make the proper arrangements. The estate, which has been in the same family since the seventeenth century, is run by Yves and Marguerite du Petit Thouars. Along with Wine Tasting in Paris, I’ve added the estate to my ever-growing mental list of places to visit. Although my virtual tour of Paris has come to an end, I can never stay away for too long. 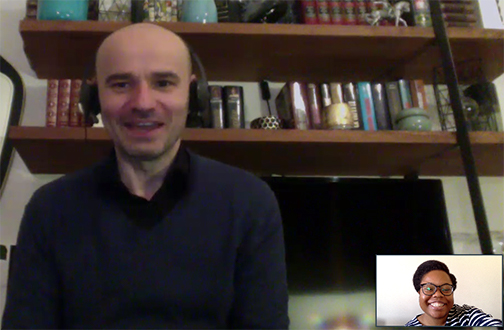 Thierry Collegia’s “French Revolution Interactive Journey” melded my love of Paris with my passion for history. The two other guests (an American couple) visited Paris right before worldwide travel restrictions were instated, and they couldn’t wait to return. There are few things I enjoy more than discussing my interests with people who share them. I was fortunate to find myself in such a likeminded group. The participants asked interesting questions and the host answered every one.

Thierry, the founder of Parisology, is a skilled storyteller. His extensive knowledge of the French Revolution and his experiences living in the U.S. and the U.K. give his tours a unique perspective. Thierry’s complete list of in-person and virtual tours is available on his company’s official website. I’ve bookmarked the following online historic journeys for my future consideration:

I’ve been pleasantly overwhelmed by the abundance of online learning opportunities that have sprung up due to the current state of things. Finding time for all of the experiences that interest me has become an issue, but I press on. I’ll be wrapping up our month-long virtual journey to Paris with “Taste French Wines with a Parisian” next week. (I’d originally planned to complete “The Story and Secrets of Perfume” too, but it’s not available at the moment.) Bonne chance with all of your Thanksgiving preparations. Remember: there is always something to be thankful for. If you’re reading this, I’m thankful for you. 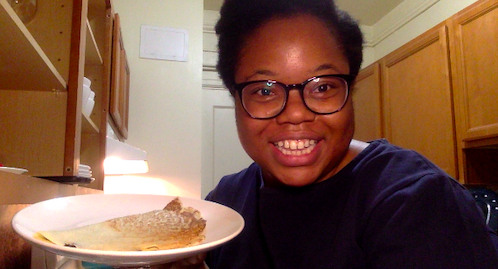 I started to prepare for “Crêpes & Hazelnut Spread by Notre-Dame” well before I officially signed up. Deciding what pan to buy was the most challenging issue to resolve. The Airbnb listing instructed participants to bring a frypan to the experience, but I knew not just any pan would do. After enlisting the help of a friend (an expert crêpe maker), I decided on a carbon steel De Buyer pan. I seasoned it (a new process for me) just before joining my host Christopher on Zoom. It was 11:30 PM in Paris and 5:30 PM in Philadelphia. We were the only two people on the call, which I was pleasantly surprised to discover. I’ve participated in enough Airbnb Online Experiences to know that hosts will often offer single participants alternative group meeting times to avoid rolling out the red carpet for an audience of one.

Chris mainly conducts private group cooking classes but will periodically open listings up to individuals. Thus, I was fortunate to have the opportunity to cook with him. My host and I talked a lot about crêpes—their history, their varieties, the technique one should employ whilst cooking them—but we also discussed France’s second Covid lockdown, the proper food education we received from our mothers, and our common goal to enjoy life. My crêpes and hazelnut spread turned out well. I’m eager to perfect my technique, but first, I’ll have to recruit some friends to enjoy them.